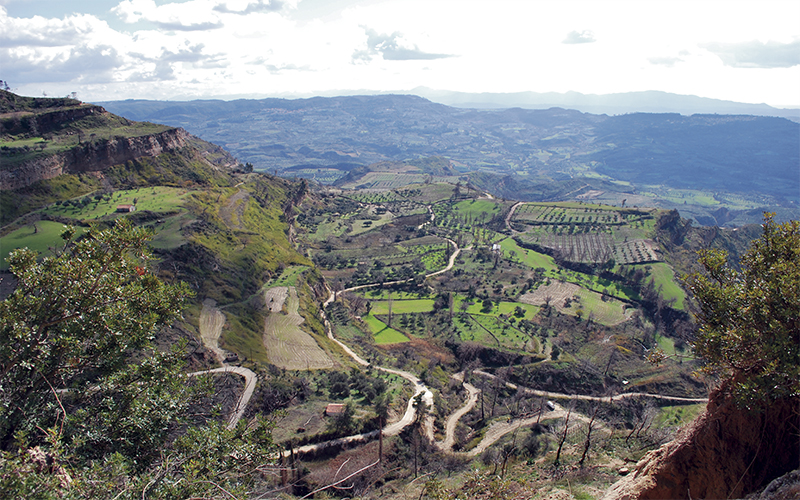 Traveling to Ancient Pisa, to the unique settlement of Goumeros and the Olympic Grand Canyon!

Our base: Ancient Pisa

Ancient Pisa (Miraka on the map) is a beautiful, well taken care of village on a green hill, just 2 km from Ancient Alti.  Here is the beautiful small family-run guest house "Bacchus", on the ground floor of which operates a tavern with a fireplace and traditional flavors. The small swimming pool with a view, the large terrace and the siblings Maria and Kostas, who are the sincere and helpful owners, create a hospitable, warm and family environment, ideal for excursions around the area and at the many antiquities. Besides the village, the visitor can visit the facilities of the Olympic Academy and the Roman Tombs. 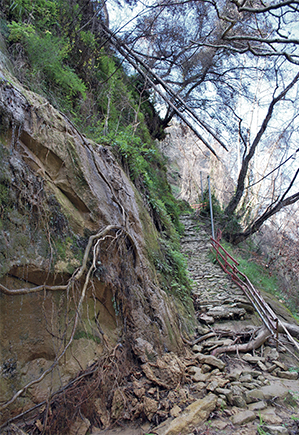 Following the steps of the ancient...

Visit the village, stay in the guesthouse, and eat at the tavern. Do the same in any of the villages of Ilia you can. The people here need more your presence than your money. Mainly, outside of the tourist season.

On the route from Ancient Pisa to Goumero, the landscape is constantly changing with stunning green touches of olive groves, meadows, pines and vines. Spring helps the visitor to calm down his soul with his flowery carpet. Following the bends of the uphill road to Goumeros, just before the village, on the left side of the road, a small sign and an iconostasis point to the location where the small church of Panagia Spiliotissa is located. 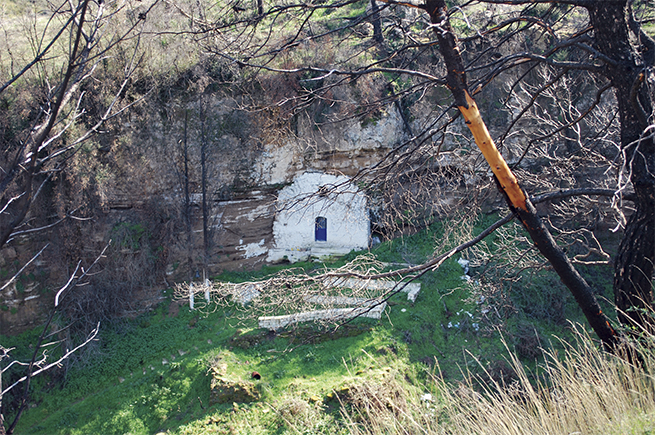 The white church of Panagia Spiliotissa. One with the rock...

Goumero, built in the place of the ancient Alysios or Alysaios (according to Strabon, the Greek geographer, philosopher and historian), is the only settlement of the municipality Olenis and according to the last census in 2001 it had 1,059 inhabitants. In fact, the permanent residents now are around 650.
After the warm reception and the coffee that I was offered by the patrons at the cafe in the square, the president of the cultural club introduced me to Stefanos Sotiropoulos (a naturalist and climber) who undertook the task to lead me down to the gorge.

In the Olympic Grand Canyon

We hike on the trail in the Olympic Gorge in Goumero, which is passing over a part of the ancient road of Ilia- Olympia, (Route of Truce), through the ancient olives that crowned the winners and the Oracle of the Olympic Games athletes, where the Monastery Askitis now stands. The 2-3 hour route begins at the entrance of the village. The trail descends to the gorge and after an impressive route it returns back to the village, where there is also a shelter for anyone who wants to stay overnight. Seeing the rain coming, we started the way back so as to get out of the canyon faster. Taking an uphill cement road, we reached the narrow dirt road with the steep cliffs below and the dirt vertical volumes from above which lead to the gorge. Here the view to the Ionian Sea is amazing. 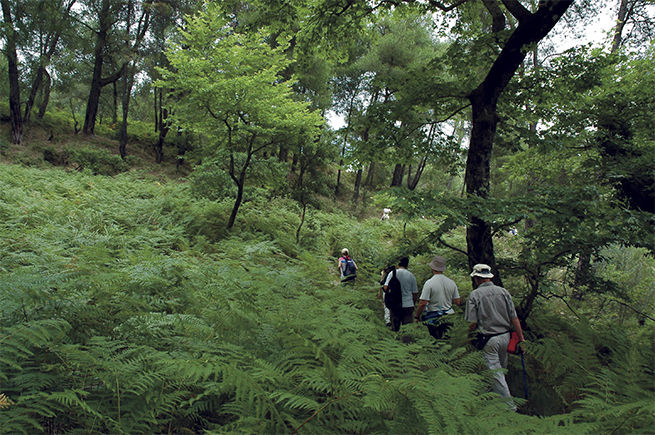 Arriving at the first plateau, we met the temple of Agia Zoni (Holy Zone) waiting for the pilgrims. On 30th and 31st of August an overnight mass is held, followed by a fete- feast. From here, the road looks like a shallow, small Grand Canyon, full of foot traps and particularly slippery ground. At this point, the ancient cobblestone path begins and requires a lot of attention since everywhere is running water and the stones are slippery! We finally arrived at the bottom of the gorge, with the hidden platform, the waters running from the rocks and the stunning small monastery embedded in the cliff. The scenery and the energy of the landscape are impressive. 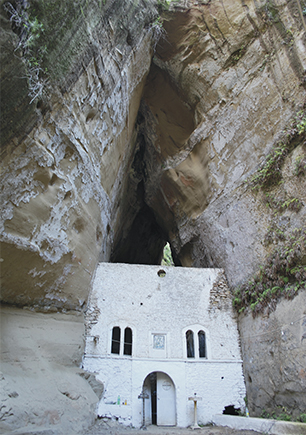 The wonderful mixture of nature and culture, in the gorge of Goumeros.

The cave is divided into two parts. In the first, there is the sanctuary of the Monastery, a kind of corridor-balcony and a well. Tradition says, that here was an ascetic who was killed accidentally by a hunter and as he dropped into a hole, water poured out. Hence the well. Behind, at the place where the Athlete`s Oracle was in ancient times, there are the ruins of the first Byzantine monastery, built in 1100 AD. At that time, on a nearby plateau, about 70 monks had their cells, of which only ruins are left. The access to the monastery is by a low door leading to the interior of the cave with a waterfall.
When we entered the narrow part of the canyon the rain started, so we turned back. The president of the Association "EPTALOFOS", who provided us also with pictures of the gorge, assured us that hiking in the gorge is possible all year around (except of the rainy days). 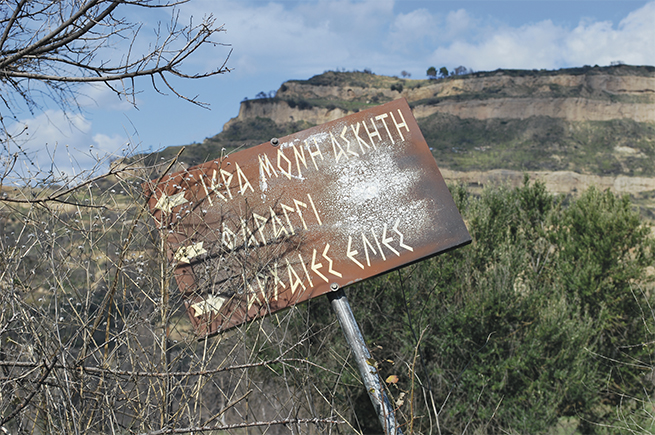