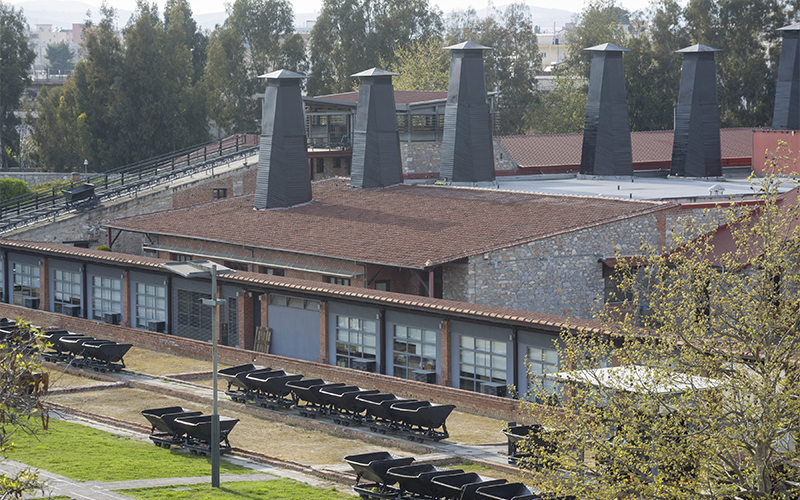 Visitors have the opportunity to acquaint themselves with the chain of production within the framework of the plant’s history, as well as with the development of brick-making in general.

The brothers Nicoletos and Spyridon Tsalapatas founded the Tsalapatas Brickworks in 1926. The plant occupies 22,000 sq. m., of which 7,500 sq. m. is roofed over. In its heyday the plant could boast of a peak (maximum) horsepower of 300 hp and a staff complement of 200-250 workers. It produced varioustypes of bricks (8-hole, 6-hole, solid), rooftiles of the "French" (Marseilles) type and of the "Greek" (Byzantine) type, as well as roof-ridge tiles. Its yearly output came to 8-9 million assorted pieces. In 1978 the plant ceased its operation, because of rising competition and accumulated financial obligations.

The completeness of the plant’s installations and equipment, in conjunction with its historical importance and its position within the urban tissue of the city of Volos, prompted the Greek Ministry of Culture in 1995 to designate it a monument worth preserving. In 1995, within the framework of the URBAN programme, theVolos Municipality acquired the plant and the necessary funding for restoring the premises and converting theminto halls suitable for a cultural centre devoted to the industrial and handicrafts tradition of the area as well as to contemporary artistic creativity were raised. Restoration began in 1998 and was completed in 2001.

In the period 2004 to 2006, the Piraeus Bank Group Cultural Foundation established the Rooftile and Brickworks Museum in the premises of the main plant: in the "new grinding-mills" area, at the clay backs, in the boiler house and in the Hofmann kiln. The Museum belongs to the thematic Museums Network created by the Foundation and aims at presenting not only the history of this particular brickworks but also the development of brick-making both in Greece and abroad in relation to the industrial history of the city of Volos. 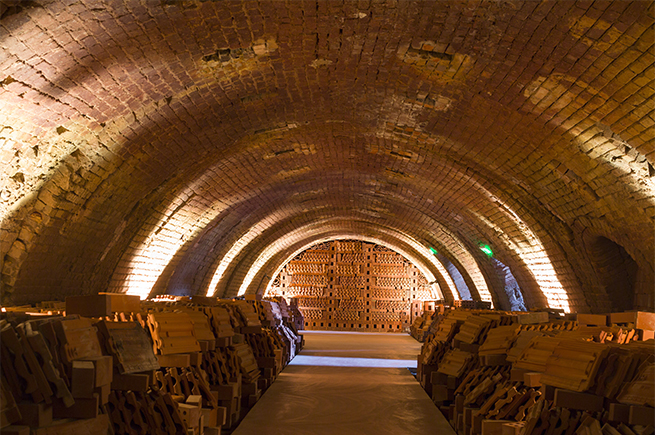 Visitors have the opportunity to acquaint themselves with the chain of production within the framework of the plant’s history, as well as with the development of brick-making in general. The permanent exhibition is displayed in the buildings where bricks and rooftiles were once produced, with brick-making machinery and other equipment being the main exhibits, supplemented by models and an extensive informative material. Also, special educational programmes as well as various events and activities take place providing the public with an insight to the production process.

Standard entrance fee: € 3
Concessionary ticket: € 1.5
Groups: It is advisable to contact the Museum in advance, in order to obtain better service.
Disabled persons: There is no admission fee for disabled persons.
Groups should definitely contact the Museum in advance to make the necessary arrangements.
Photographing and filming: Amateur photography and filming are permitted.
For professional purposes a special permit should be obtained from the Piraeus Bank Group Cultural Foundation.