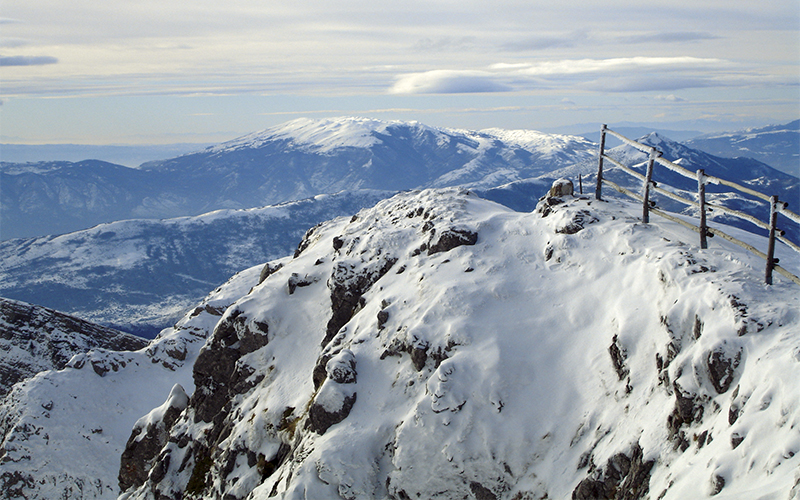 The first snowfall on the mountains and we were there to enjoy it! We took out our winter clothes (jackets, scarves, caps, except gloves!) and we headed to northern Greece, to the prefecture of Drama.

In just a little bit more than one hour from Thessaloniki, thanks to Egnatia Motorway, we arrive at the city of Drama. Built at the foot of Mount Falakro, the prefecture's capital with its long history and its rich water element is also known as the "Water City".

How to get to Drama:
By road (650 km from Athens, 150 km from Thessaloniki) By Train - OSE Station.
By airplane to Chrysoupolis Airport in the prefecture of Kavala (68 km) or to Thessaloniki Airport (150 km).

It is Sunday morning and the town wakes up slowly. The day is sunny so we decide to get to know the city walking.

We pass by the Municipal Garden where the preparations of building the Christmas "Oneiropouli" (=dream city) have begun. This Christmas celebration has been organized since 2004 in the city and transforms the Municipal Garden and the Eleftherias Square into a fairytale place for children and for all those who still feel like children... 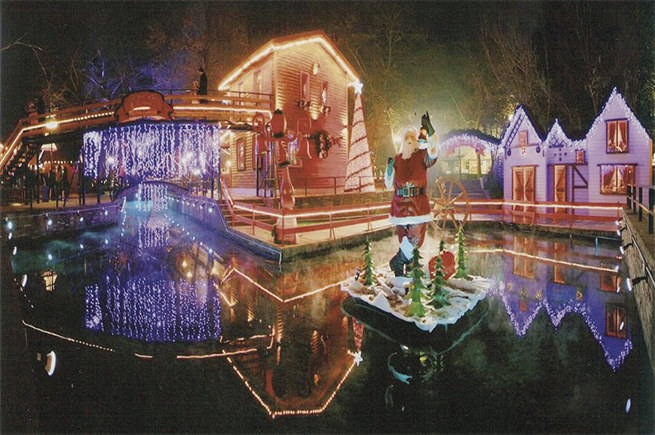 Carousel, train coaches for all ages, Santa's home, the home of Surprises and the Christmas spirit everywhere, are here again this year from December 3rd to January 3rd. Do not miss it…

Making a wish at the springs of Agia Varvara...

We continue towards the springs of Agia Varvara, an oasis in the city center where one can relax and enjoy the scenery.

-Here on December 3rd, on the eve of the celebration of Agia Varvara, who is the patron saint of the city, visitors set up improvised boats with lighted candles, creating a magical atmosphere. 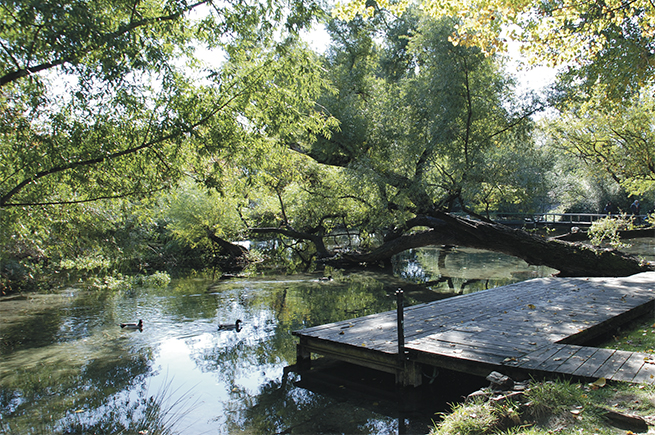 In this area of the town, the building is located, which hosts the International Short Film Festival every September. The old tobacco storehouses, which are now closed, dominate the landscape, bringing back memories of the past, when tobacco farming was the main driver of the economy of the place.

Niki Samara, who decided to return to her birth place despite the obvious difficulties, accompanies us to the old town. Walking in its alleys, we admire the mansions, the Byzantine church of Agia Sophia, the Byzantine temple of Taxiarches, the Eleftheria café (beginning of the 20th century), which now operates as a showroom (first floor) and as a café (ground floor) and the cinema "OLYMPIA". 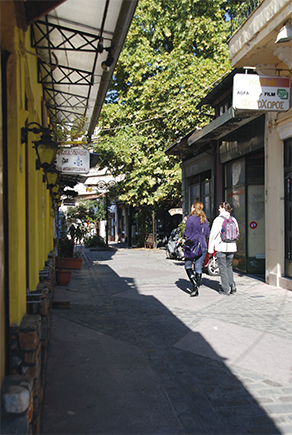 Before we leave the city, we want to see it from above, as nothing compares to a panoramic view of a place. The most ideal place for this purpose is, of course, the hill Korylovos. We ascend and we absorb the unobstructed view of the area. 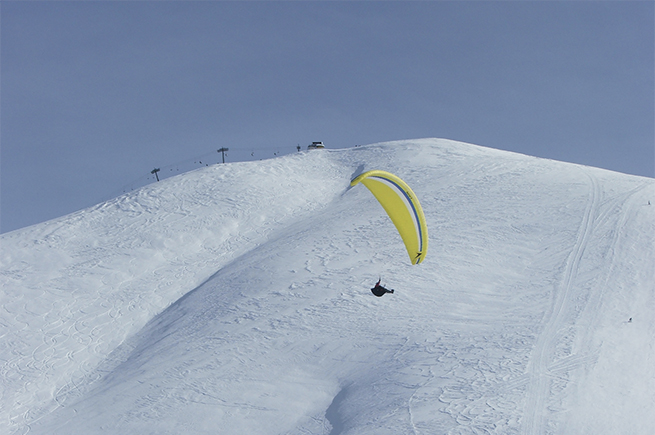 There is also a take-off area at an altitude of 650 meters for paragliding and hang gliders. Drama is ideal for aero sports, as it has beautiful natural slopes at the mountains Falakro, Menikio and Lekani and hosts for many years the "Aeolia" games.

It started raining and it is time to go up to Volaka where we will spend the night...

A dreamy village at the foot of Mount Falakro, a stone's throw from the homonymous ski resort. After about half an hour (38 km), we reach the municipal district of Volaka, which has about 1,200 inhabitants among whom many young people.

To the locals it is also known as the "village of the multi-child families"! With the thermometer outside approaching 0 ° C, we are so glad to see the fire in the large stone fireplace of the hotel lounge where we are going to stay overnight!

We get settled to our room and then we decide to honor the local traditional recipes in the dining room. The locals told us to try the famous Volakiotiko sausage and the stuffed burgers. After, we sat at the cozy living room, talking about the area and the life here, drinking their sweet, red wine of their own production! 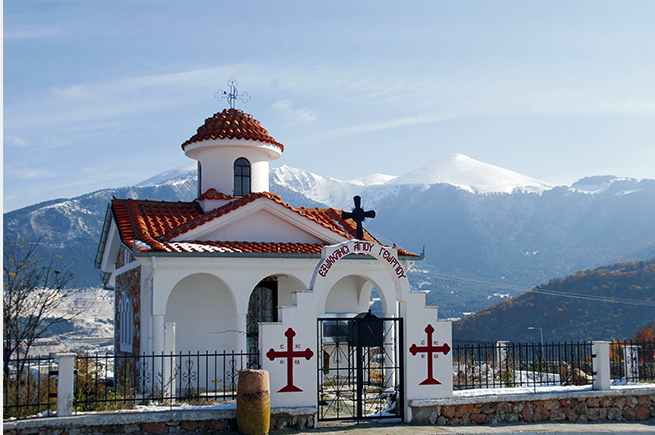 In the morning, after a rich breakfast, we take a walk in the sunny but frozen village, stopping at the central square to admire the old church of Prophet Elias with its impressive bell tower.

It is worth visiting the area at the celebration of Epiphany, when they revive feasts that have their roots in Dionysian worship such as "Arapides", satirical representation of local marriage and "Arkoudes" (Bears), people disguised as bears wearing fleece from top to toe. 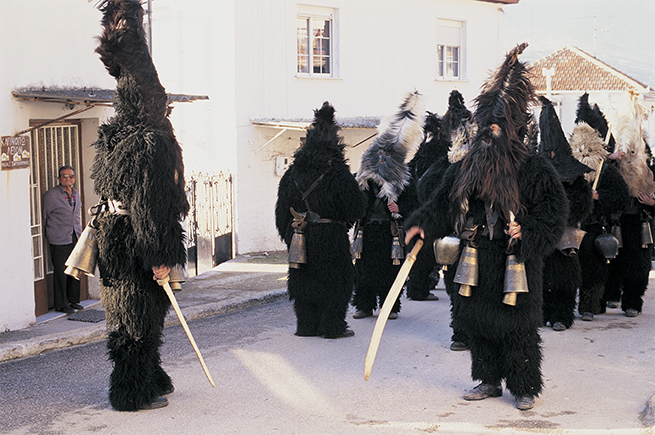 -Of particular interest are the "mule races" organized on the day of the Holy Spirit with wild horses of the area.

Cave of Aggitis or Maara

The only well-developed river cave in Greece! Leaving Volaka, we visit the extraordinary cave of Aggitis, located only 23 km from Drama. Nikos Diafas, our guide, transmits to us his enthusiasm for his work, explaining the specificity of the particular area. 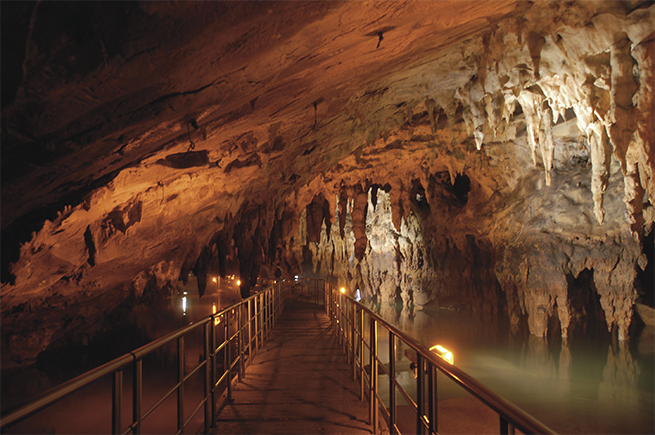 Since 1978 French and Greek speleologists have dived into the water and moved 500 m inside. Today more than 8.5 km of route have been explored, of which only 2.5 km are accessible for the public.

Close to today's entrance, there were found palaeolithic and paleontological findings which we can see in the archaeological museum of Drama.

The cave is an elongated but not straight line created by the erosion of the limestone rocks of Falakro. 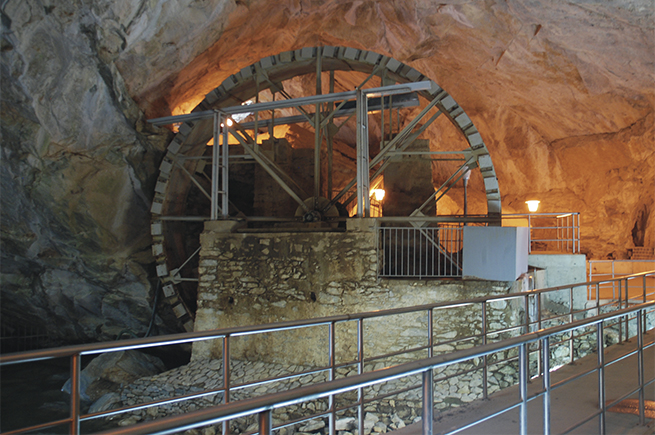 Inside the cave the temperature stays constantly at 17 °C and we are really impressed as we walk through the aisle over the river, in the opposite direction of the flow of the water.

A wonder of nature dominated by white and red-figure stalactites of various forms. The water level ranges from 0.30 m to 1.30 m and we can see stalagmites, the largest of which is located in the Acropolis Hall.

Ideal for your winter getaways is the Falakro ski center, with its 24 km of natural slopes of every difficulty, which provides four-chairlifts, two- chairlifts and 7 single- chairlifts, starting from 1,730m and reaching to 2,232m. 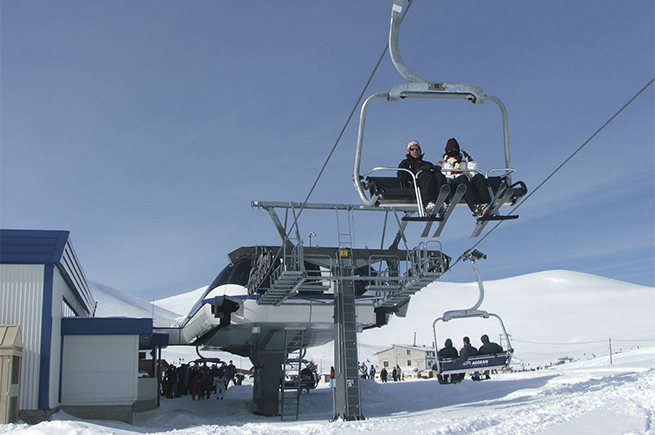 It is the northernmost ski resort in Greece, 46 km away from Drama and thanks to its altitude and geomorphology it has the longest skiing season in Greece. The director of the Falakro Ski Center has announced that this year it is expected to start operating from early December and it will run from Thursday to Sunday except for the Christmas holidays during which it will remain open all days. 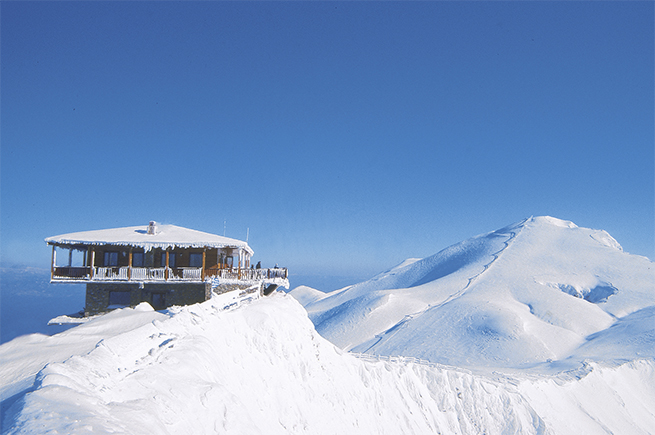 -For you who do not ski, go up to the top of Chionotrypas with the modern four seat chairlift at 2,110 meters, to enjoy the magnificent view of Nestos, Pyrgos Gorge, Thassos, Mount Athos and Olympus...

What else can you do:

* Thank you very much to the Prefecture of Drama, the press representative of the Prefecture Mr.Stafylaki, the director of Falakro Ski Center Mr. Prosontsanli and Niki Samara, for their valuable help and the provision of photographic material.